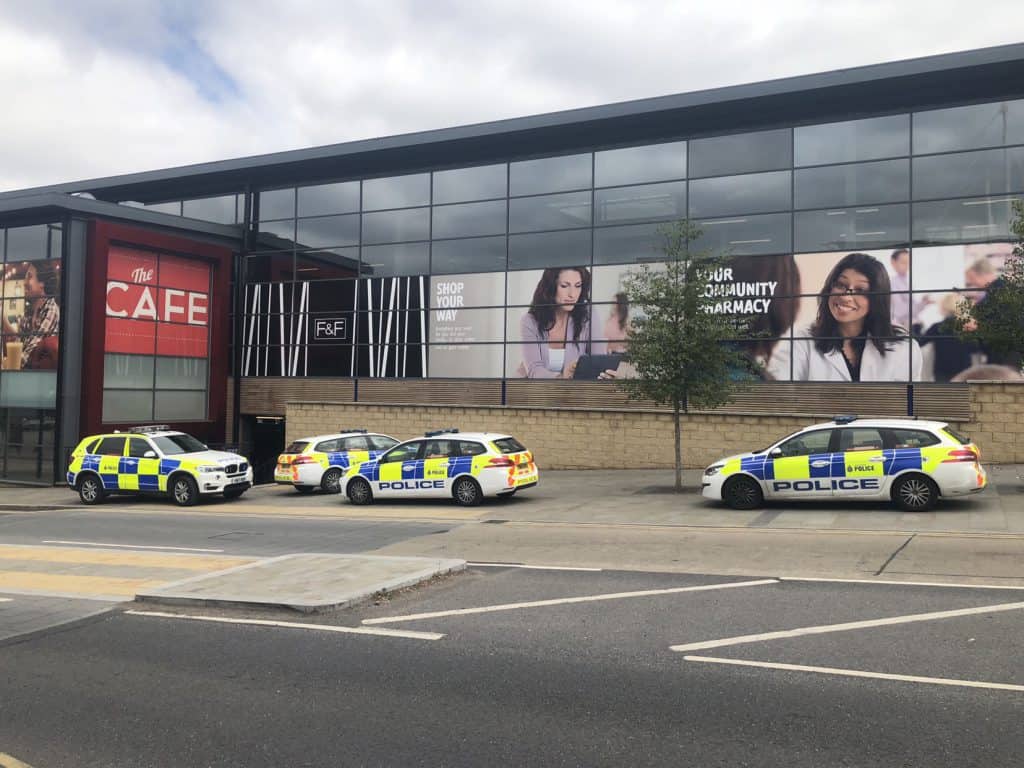 A 24 year-old man has been charged with assaulting six police officers following an incident at the Tesco in Rotherham town on 22nd July.

Police were called to reports of a man stealing alcohol from Tesco in Rotherham town centre at around 10:15 on Sunday 22nd July.

A Force spokesperson said “upon arrival at the scene, two officers were assaulted by Mann as they attempted to restrain him.”

“A further four officers, who were called to the store, were also assaulted by Mann.”

Jake Thomas Mann, of Romney Close, Flanderwell, appeared at Sheffield Magistrates’ Court on Friday 27th July charged with six counts of assault and theft from a shop. He was bailed to reappear on Thursday 9 August.